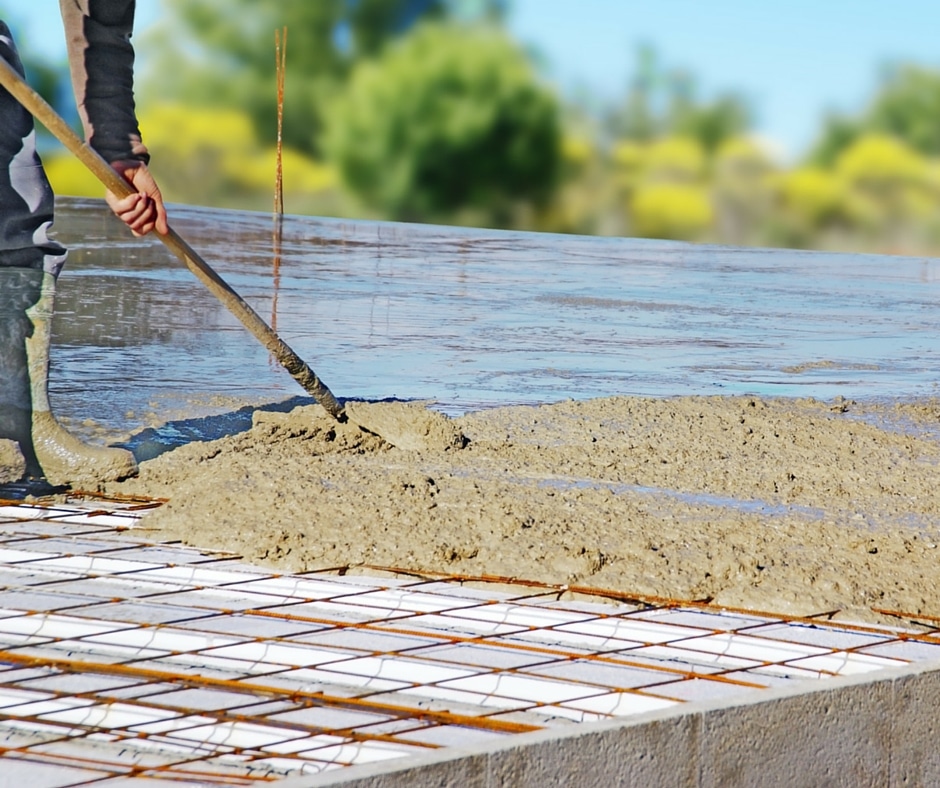 The tensile strength of concrete is ten times less than the compressive strength.

Tensile strength is a material’s adherence strength. Cement is the adhesive that keeps the three components of concrete — once it cures — intact. But, like glue, cement can be pulled apart. Bending and torsion test the tensile strength of concrete. Like a stick being snapped, as the ground under a concrete slab settles or swells, the cement cracks at the point of impact.

Rebar Size and Reinforcing Cages- Generally a single curtain of rebar laid flat gives a concrete slab more than enough tensile strength to survive shifts and swell in the earth beneath it. However for situations where extra strength is required, there are two options. The first is to increase the size of the rebar used. For every 1/4 inch the diameter of rebar increases, the sheer load resistance more than doubles. For example, the sheer load bearing of #4 rebar — 5/8-inch rebar — is 13,564 pounds per square inch. Rebar with a diameter of 7/8 of an inch — #6 rebar — has a sheer load bearing of 30,148 pounds per square inch. The sheer load bearing of #11 rebar, which is one and five-eights inch rebar is seven times stronger than #4 rebar.

When working with concrete, it’s important to know its strengths and weaknesses. It could be the difference between a job well done or a job that literally cracks. Make sure your knowledge of concrete is backed with the right tools to make your projects a success from start to finish to years to come.